NOT JUST ANOTHER GREEK-LETTERED FRATERNITY 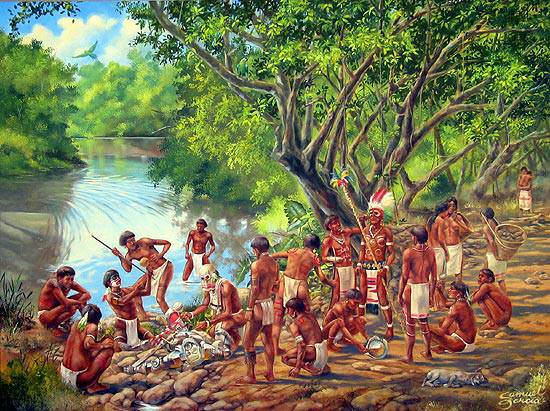 We believe that in order for man to truly discover who he is, he must first discover his roots. As young Latino men of their day, our founders took great pride in their heritage and created our legacy with what they learned through text and oral history. They learned that the modern day Latino’s heritage can be traced back to not only the Spaniards that conquered, but also the indigenous indians that inhabitated the Americas, and even the African slaves that were displaced. Latinos today are in fact the children of many generations of mestizos and mulattos. As homage to our oppressed ancestors and a reminder of our roots, our founders adopted an indigenous native of Caribbean, the Taino, as the organization’s official cultural symbol. They also attached deep, cultural meaning to every aspect of the organization, from its structure to its secretive rituals. Unlike other Greek-letter organizations, our chapters, pledge classes, and brothers are given unique names that are culturally relevant to their respective brothers and the geography of the surrounding area. It also has a significant meaning to all involved the creation of the name. Not only does this give the chapter the opportunity to form a unique identity of its own, but, along with other names, it amalgamates into a grand tale.

We believe in strength through diversity. In our brotherhood, it’s not enough to learn about your own ancestors’ history; we make it a point to teach each other our cultural differences and similarities.

Our members share what they learn with their communities by conducting workshops, sharing spoken word poetry, and performing in stepping & strolling events.

Although originally founded as a Latino organization, Lambda Sigma Upsilon has proven to be one of the most diverse fraternities in the nation with over 100 countries across the globe represented within the brotherhood. 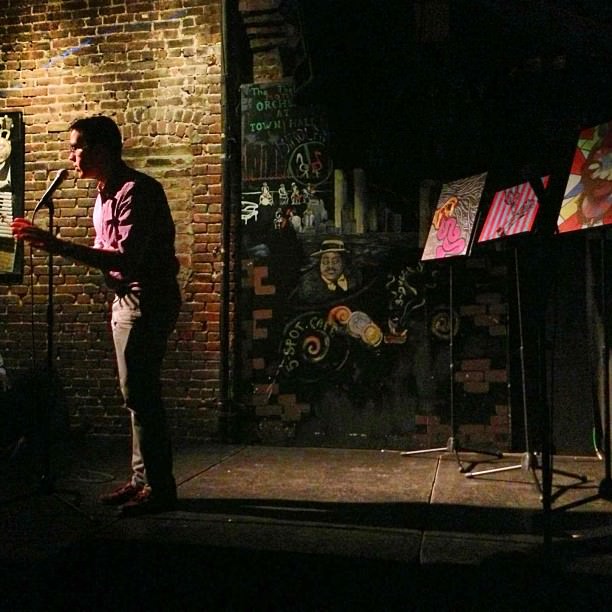 The LSU R.A.W. Poetry Team is a collective of LSU brothers who share a passion and interest in spoken word, written poetry, and art. The name R.A.W. is an acronym for “Rebellious Assertive Writers” and best describes the group’s dynamic of merging compelling cultural, environmental and social points of view into poetic understanding for all.

LSU R.A.W. was officially established on December 28, 2010 with a key purpose of helping individuals find their inner poets. Today, the brothers travel the country and perform for various occasions, from goodwill events and banquets, to renown poetry slams at places such as the Nuyorican Poets Cafe in the East Village of Manhattan. In February 2012, LSU R.A.W. released their first Valentine’s Day poetry tape called “RAWLove,” which was well-received by the poetry community. Since then, the team has continued releasing annual “RAWLove” Valentine’s Day poetry to the online community.

The history of stepping dates back to the times of the indigenous Caribbean and African tribes. It is known that these cultures would usually step-dance at festivals, feasts, celebrations, and ceremonies.

Centuries later, when the African and Caribbean natives were invaded and enslaved by the conquistadors, slaves were prohibited by their masters from communicating in their own language for fear that they would be plotting their escape. Stepping, making beats with one’s hands and feet, became one of the only forms of communication that slaves had.

Black fraternities and sororities introduced the modern tradition of stepping, or “stomping the yard,” around the time of the civil rights movement. It evolved from the “Greek Sings” that were popular amongst fraternities during the early-1900s and were performed as a way of showing pride for the organization. Strolling also became popularized by these historically Black organizations during the early 20th century when members would dance in synchronous with other pledge classmates, or “line-brothers,” as a way of reflecting their pledge class unity.

Lambda Sigma Upsilon is the first Latino-based Fraternity to promote the art of stepping and strolling. To us, it is historically and culturally relevant and it allows us to pay homage to our Indigenous and African ancestry. Our performances provide a forum for the community to better understand the unique history and traditions of our culturally rooted brotherhood.

Since the late 1990s, our brothers have performed in step and stroll shows at numerous colleges and universities. However, no single team was ever recognized as a national team. This changed when eight brothers from five different chapters ushered in the new millennium by dedicating their time and energy to form our first National Step Team and National Stroll Team. Since then, we have continued making history as the 1st Latino-based fraternity to compete against the historically black Greek-letter organizations in 2002 and also to win in the nationally known step show Step Correct in 2014. Between 2004-2012, Lambda Sigma Upsilon won 7 championship titles competing in the National Stroll Tournament “Silk & Smooth” and has rightfully earned the title as “The Kings of Stroll.” 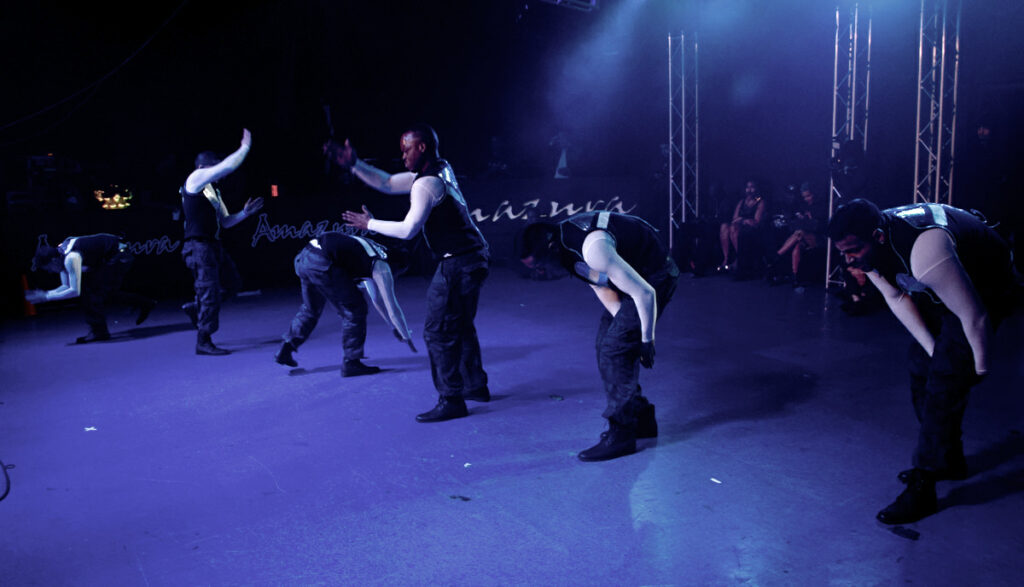 A family is defined as: descendants of a common ancestor

The creation of the Upsilon Family brought forth a lineage of excellence and the beginning of a millennium of cultural homage. Born from a common seed, our family has grown into a subsistence where we share life’s experience, both positive and negative, and use them as tools of enrichment. Together, we are paving the way for men and women for generations to come.

Lambda Sigma Upsilon is the first and only Latino based Fraternity to be affiliated with a sister sorority, Mu Sigma Upsilon Sorority, Inc. Since their inception in 1981, our past, present, and future have been intertwined, with each striving towards common goals. As a family, we are are a richer and more diverse network of individuals.

Bound by our history and tradition, we will forever remain The Upsilon Family. 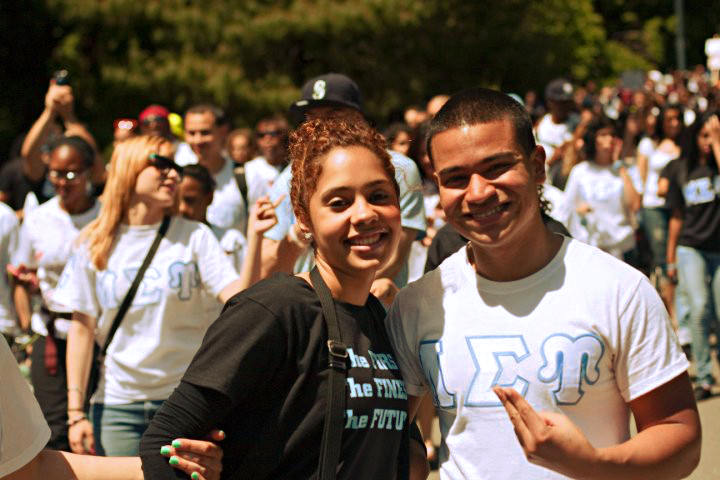