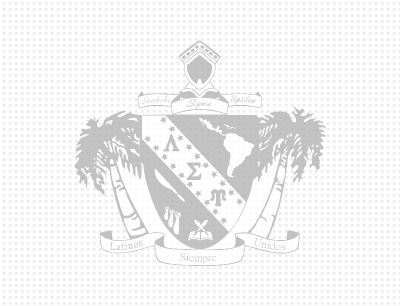 Hoboken, N.J. – The morning of Wednesday, September 23rd the University of Delaware (UD) made national news when nooses were found outside of a performance hall on the University’s campus, one day after a peaceful #BlackLivesMatter demonstration had taken place. After further investigation, campus police released a statement saying that these nooses were in fact, remnants of an event that had taken place on campus the night prior. The National Executive Board of Lambda Sigma Upsilon Latino Fraternity, Inc. (LSU) would like to release an official statement on the matter.

“While we are confident that this incident is by no means a reflection of a hate crime, the conversations and comments that have taken place on social media are cause for further action from the University,” says National Director of Philanthropy and Community Affairs of LSU, John Yates. “The Zawadi Chapter of LSU is based on UD’s campus. The brothers there, as well as other students, have expressed concerns about the incident. These events have negatively impacted the students and dismantled what once was a safe place.”

Founded on April 5th, 1979 at Rutgers University New Brunswick, New Jersey, Lambda Sigma Upsilon Latino Fraternity is the most culturally diverse Greek-letter organization that was founded as a Latino based fraternity. Since our inception, Lambda Sigma Upsilon has been dedicated to the support and empowerment of our communities through the goals of academic excellence, cultural awareness and diversity, community leadership, and a strong brotherhood. Lambda Sigma Upsilon is a recognized member of both the North-American Inter-Fraternity Conference (NIC) and the National Association of Latino Fraternal Organizations (NALFO) with over 60 chapters across the United States. For more information visit: www.lsu79.org