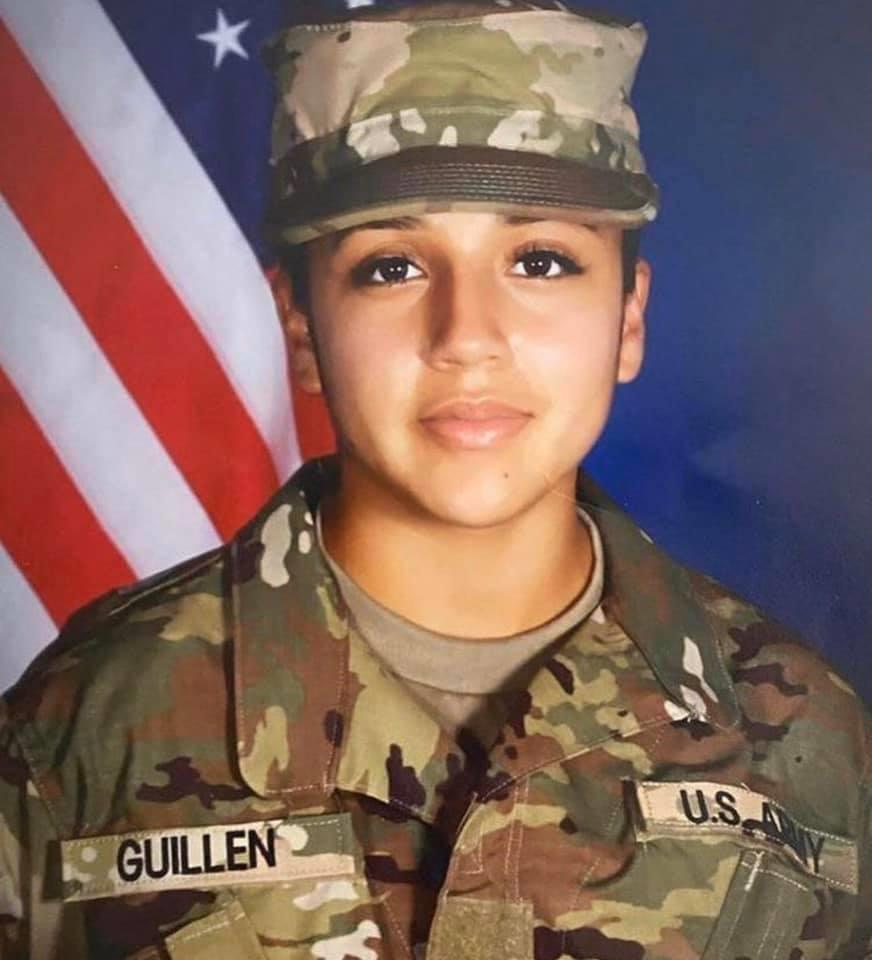 On April 22, 2020 Spc. Vanessa Guillen disappeared from Fort Hood, Texas. Three weeks prior the ​20-year old Latina soldier ​confided with her mother that she was being sexually harassed by one of her superiors. Vanessa’s mother did as any mother would do, she pleaded with her daughter to report these complaints and to name her harasser. Spc. Gullien, fearful of retaliation, did not immediately disclose details of the harassment. Unfortunately, Vanessa knew of other female soldiers who had reported their sexual harassment claims and the reports were disregarded. As a result, this likely cost Spc. Vanessa Guillen her life.

On June 30, 2020, ​68 days ​after she went missing, remains were discovered near Leon River in Bell County, Texas that were later identified as Spc. Guillen. The Guillen’s family attorney reported that medical examiners could not immediately identify the remains from dental records because her ​face was ​so badly mangled ​due to multiple blunt force trauma​. ​Her remains were sent to Dover Air Force Base in Delaware for identification. ​On July 5, 2020 Army Investigators positively identified and confirmed the remains to be that of Spc. Guillen.

Vanessa was murdered brutally with a hammer, then dismembered, and her remains were dumped in a shallow grave near the Leon River. ​She had wanted to serve in the military and protect her country since the age of 10. Does anyone deserve to die under these circumstances? Why should a defender of our constitution and fellow citizen meet such a demise by being dismissed by those meant to set an example of honor and integrity?

The United States of America has a long history of mistreatment towards women and POC (People of Color) who serve our country. ​In 2010 alone the Department of Defense estimated more than 19,000 military sexual assaults, yet less than 14% were reported, and only 191 led to convictions at courts-martial (The Invisible War Discussion and Resource Guide, 2012). ​It is also well documented that POC serving in the US military have been treated like second class citizens. Servicemen and women who defended and protected this country, such as the Borinqueneers, ​Harlem Hellfighters, ​Tuskegee Airmen, and countless others have endured unspeakable abuse. The majority of the members of Lambda Sigma Upsilon Latino Fraternity, Inc. are people of color. As an organization we understand this consistent mistreatment that continues to happen to this day. Our Fraternity’s mission statement is “t​o uplift and unite underrepresented communities by empowering tomorrow’s leaders”,​ and we will continue to be the voice for the voiceless ​. ​Our Brotherhood demands a congressional investigation into Guillen’s case.

Lastly, we also would like to ask all organizations/companies/businesses; fraternal, corporate, foundations, etc. to have accountability. We exhort our brothers to participate in bystander intervention if they witness or know of any abuse, maltreatment, injustice, or wrongdoing. to. ​An engaged bystander is someone who lives up to that responsibility by intervening before, during, or after a situation when they see or hear behaviors that threaten, and/or harass (Natonal Sexual Violence Resource Center, 2018)​.​ W​ e must be empathetic towards one another and avoid being just bystanders when any form of oppression arises. We must do better, including ourselves as individuals and a fraternity.

We need to do better