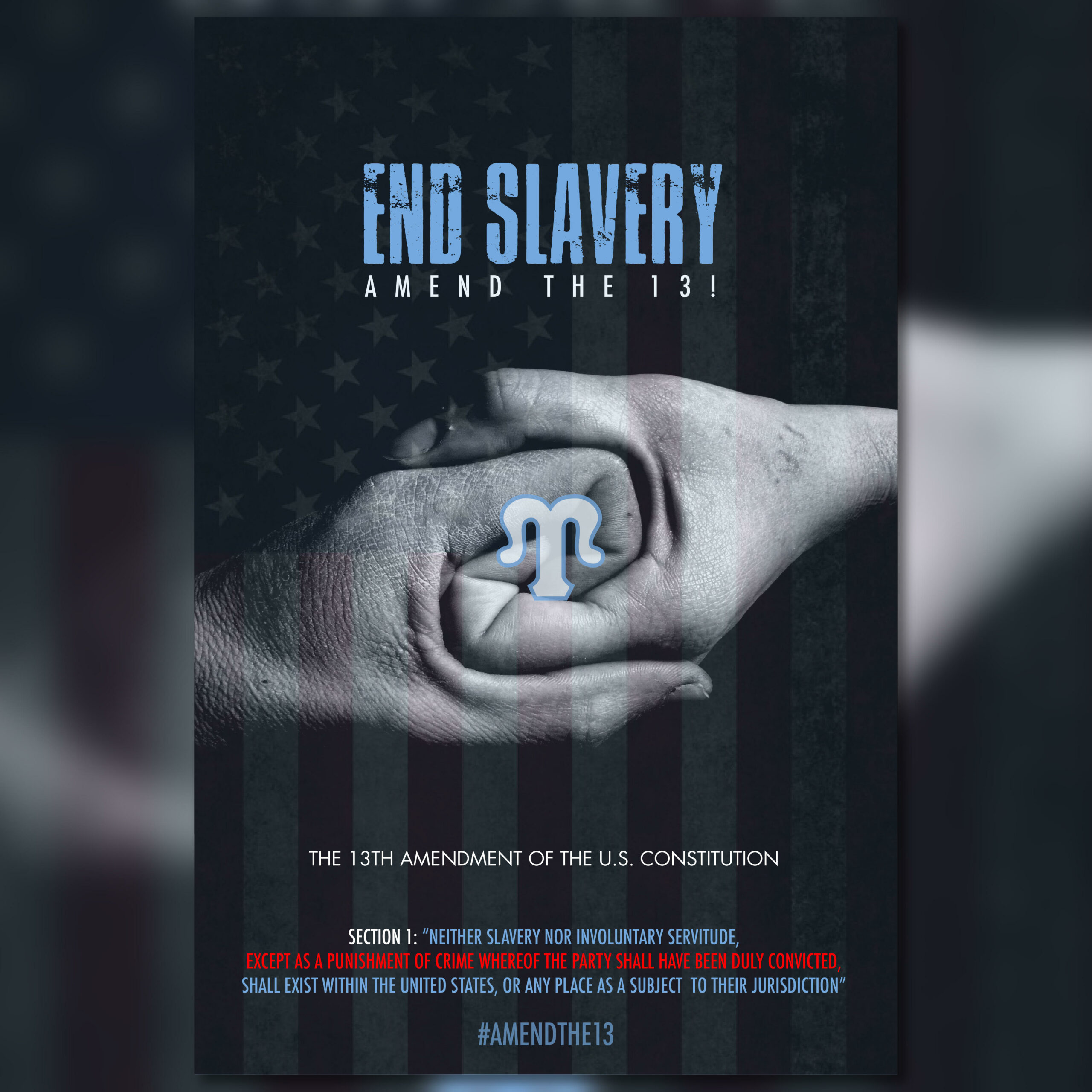 During the formation of our great country, much struggle occurred to put forward and establish the philosophical bedrock based on the principles of freedom, justice, and equality. During the Civil War, an estimated 620,000 men died (American Battlefield Trust) to preserve or eliminate the principles of dehumanization as a justification to produce free labor. Such a system resulted in our current economic stance in the world as one of the wealthiest. These principles of dehumanization rested on the pseudoscience of race. While now disproven, this pseudoscience still holds a strong grip on the psyche of Americans today.

In 1865, the 13th Amendment was passed by Congress, which ended the ​war that divided our nation and abolished chattel slavery. Mused by the philosophies of the abolitionist movement, which embodied the principles of equality, President Lincoln and the Republican party ceded at the last minute to the Democratic party’s demands to insert a clause that created a loophole which resulted in the continuation of the legal free labor system. The “convict” or “exception” clause allowed slavery to remain legal for an individual who was convicted of a crime. While many rejoiced in this new found freedom, such emotion was met with despair, when many were found reenslaved through unjust laws, returning them to their previous condition.

With this loophole, prisoners were allowed to be put to work, receiving little to none in compensation. This same practice remains true today. In 2019, the United States of America has more people in its prisons than any other country in the world. The US makes up 5% of the world’s population, yet holds 25% of the incarcerated. While Blacks and Latinos make up 28% of the US’s population, they represent 55% of the incarcerated (Gramlich & Gramlich 2019), such numerical discrepancies are understood to be affected by the philosophies of race. Nationally, the average hourly wage for an incarcerated community member is 86 cents, and in some states, these incarcerated community members work for free (Sawyer, 2017). Internationally, we hold more prisoners than anywhere and anytime in world history (American Civil Liberties Union).

Our U.S. constitution supports this culture as it states in the 13 Amendment:

Section 1​: “Neither slavery nor involuntary servitude, e​ xcept as a punishment for crime whereof the
party shall have been duly convicted,​ shall exist within the United States, or any place subject to their jurisdiction.

Section 2​: “Congress shall have power to enforce this article by appropriate legislation.”

This clause is a direct violation of the United Nations’ Universal Declaration of Human Right, as stated per Article 4: “No one shall be held in slavery or servitude; slavery and the slave trade shall be prohibited in all their forms.” ​It is understood that slavery never ended, but instead it transformed into what we know as the Prison Industrial Complex, and the 13th Amendment is the fuel for this profit-driven incentivization and free labor.

As of June 17, 2019, we, the brothers of Lambda Sigma Upsilon Latino Fraternity, Inc. ​condemn ​slavery in all shapes and forms and are proposing that our local and state representatives follow the states of Colorado’s and Tennessee’s initiatives in removing the status of “​slave​” and “​involuntary​ ​servitude”​ from our constitution.

We petition the 13th Amendment of our United States Constitution states:

“Neither slavery nor involuntary servitude shall exist in the United States, or any place subject to its jurisdiction.”